DEC was a leader in midrange (minicomputer) and mainframe (DECsystem) systems, as well as being strong in scientific and engineering applications.

DEC was eventually bought by Compaq; later, Compaq was acquired/merged into Hewlett Packard. (below is not an exhaustive list - there are racks and racks of DEC equipment!) 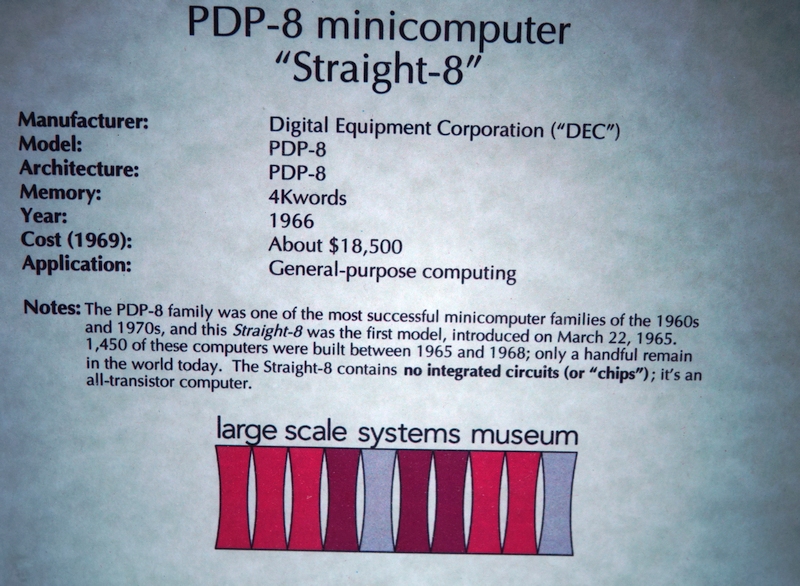 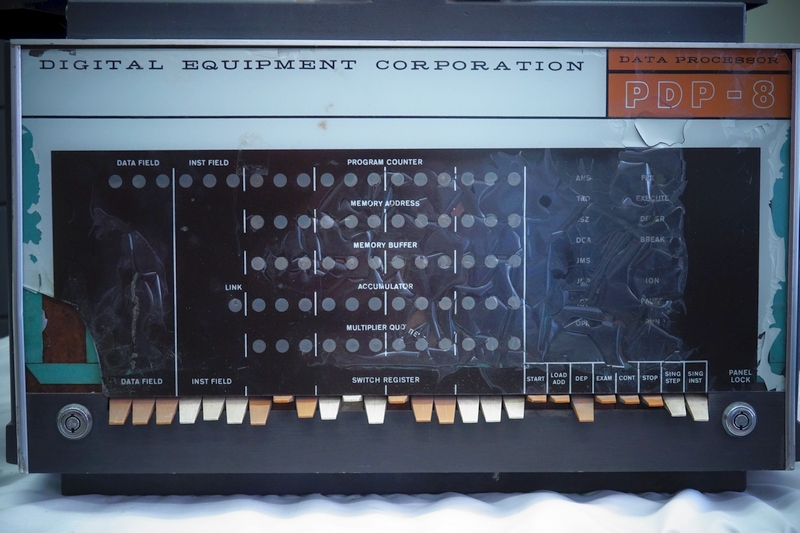 The front view, instrument cluster - the lights can be used for debugging as it lets you inspect the internal state of the CPU.  Above this are the "flip chip" cards that are inserted into the wire-wrapped backplane. 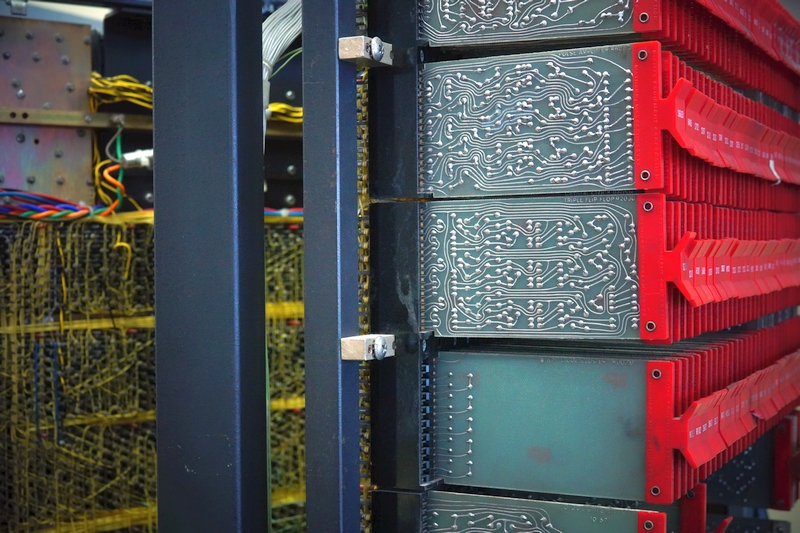 DEC also made terminals - if you have ever logged into a Unix or Linux based system via Telnet or SSH, you might have seen something about a "TERM" setting - including a "vt100" terminal setting which your system emulates. The actual terminal (DEC made thousands of them) is at the LSSM: 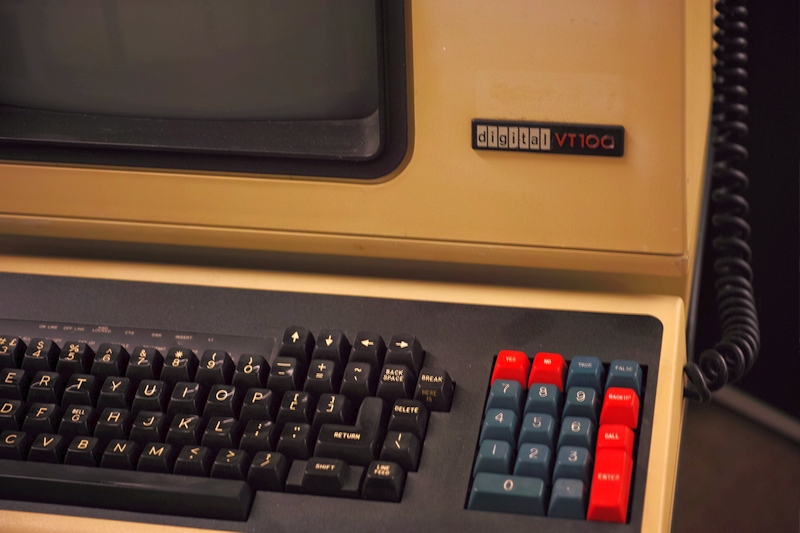 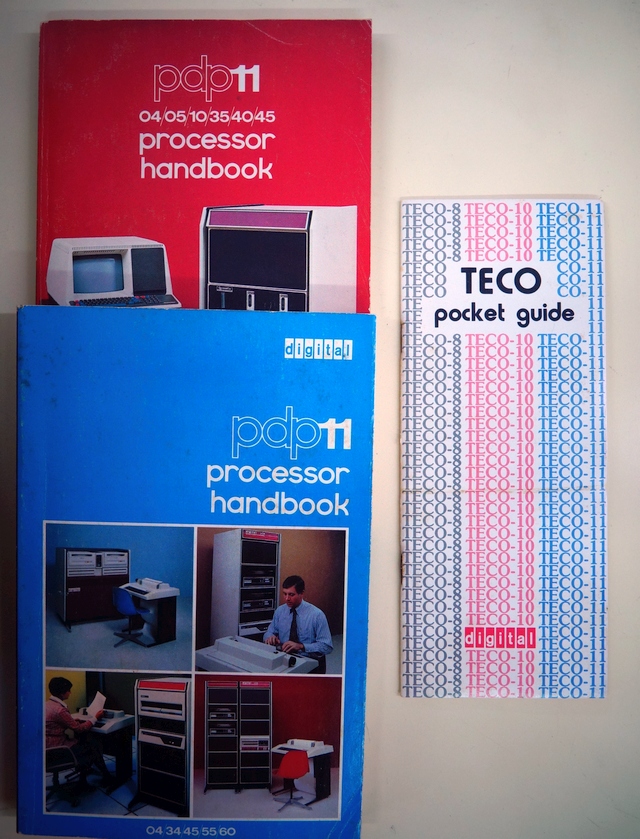