There is a LOT of IBM equipment here!

First off, WHY do mainframes matter?  Why do companies spend so much to buy, keep, and maintain them?

Well, first, a modern mainframe has very fast CPUs and a great deal of expandability.

Second, when an application is written for a mainframe, it can still be run on newer mainframes with no changes - programs written for the System/360 series of mainframes introduced in 1964, even in Assembler, will still run on a new system today.

Third, the ability to handle large amounts of business data such as customer info, billing, financial information is key to mainframes' success.

Maybe you have heard of "VMs", virtual machines that allow you to run more than 1 operating system at a time on a computer? IBM mainframes have had that ability since the 1970s.

There are other architectural reasons, such as the many co-processors that take care of tasks for the main CPU(s) that allow for a high degree of throughput.

The newest at the LSSM is probably the IBM S/390: 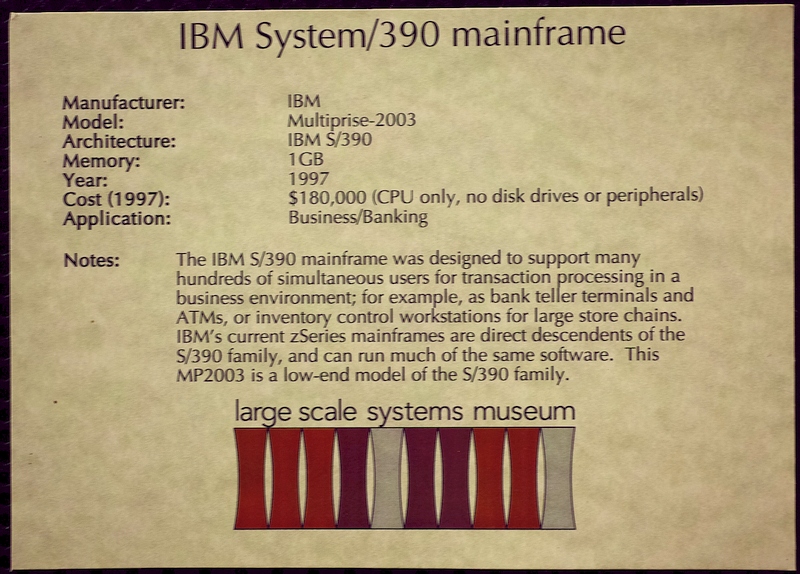 with the door of the S/390 open you can see this has power supply at the top, CPU cage in the middle, and disk drives in 1 self-contained rack: 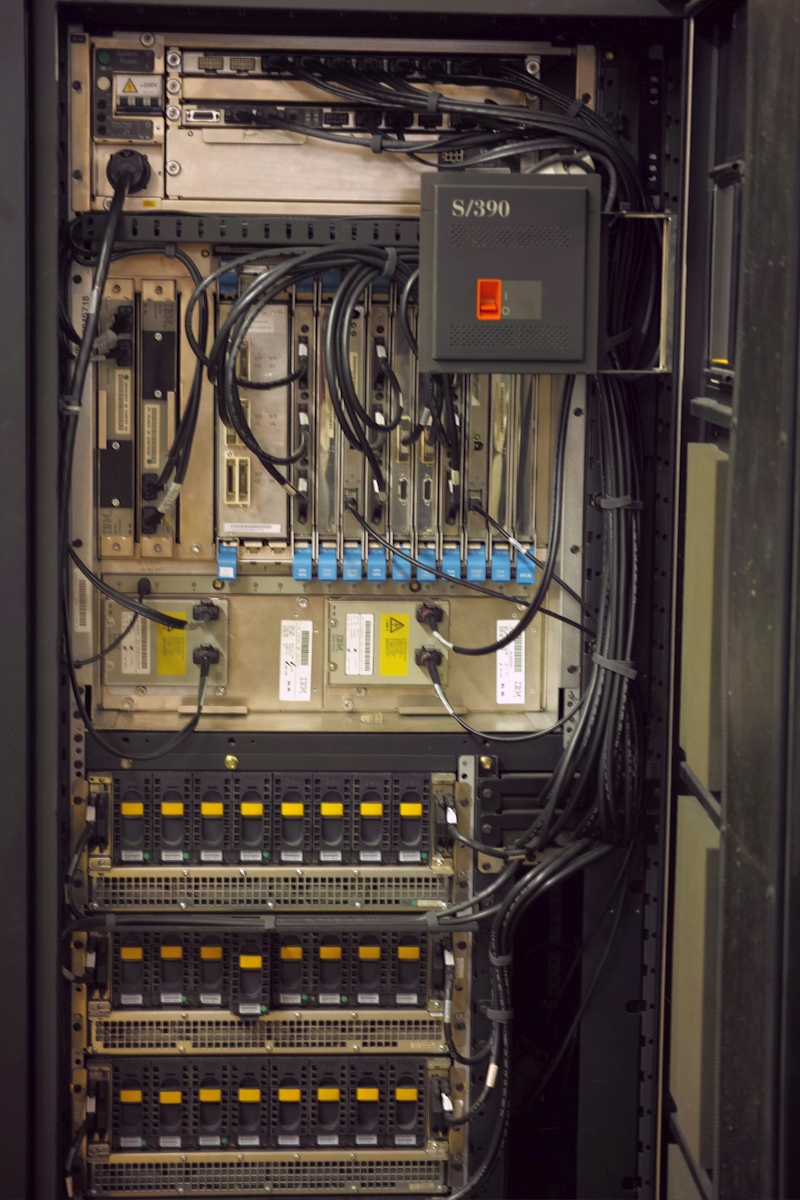 the physically largest, is the 4341-2 with 2x 3380E disk drives (see image below) - it requires more power than the building is capable of providing! 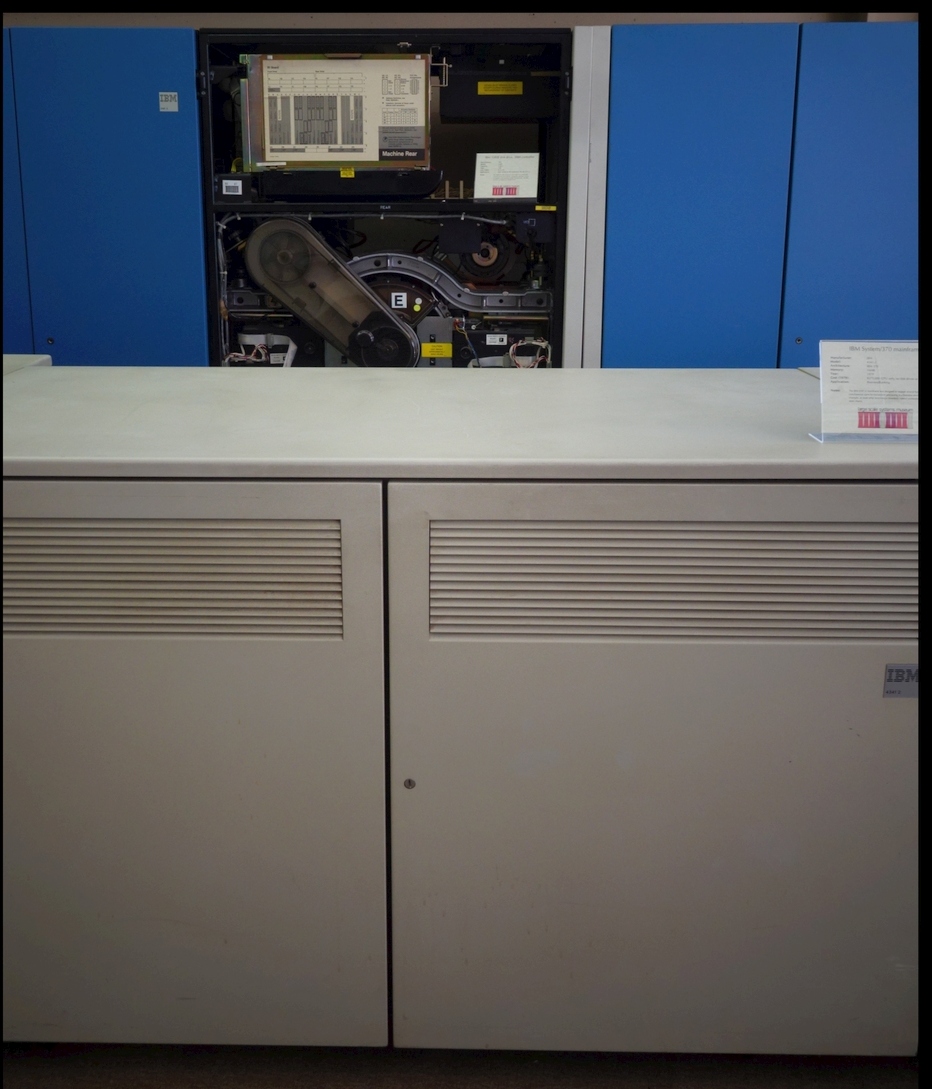 The smallest system(aside from the 5100) is a System/32, fully restored and working, aside from the printer which is not yet finished - one of only about 15 known to exist anywhere in the world.

The System/32 is interesting, in that it was a small, single-user system that was built into a desk; the wholly self-contained setup has the computer, a small video display terminal, keyboard, printer, and both hard drive and floppy disk.

System/34, System/36 are both operational - and the System/38 is being restored but is fully complete.

The 5100, which is a very early "portable" or "luggable" system, is working except for its built-in tape drive.

IBM's world-leading (for 1987) 5GB disk drive - the platter (round part that holds the data) is 14 inches in diameter ; the motor that spins the drive (you can see the belt in the plastic housing) is a 1 HP motor 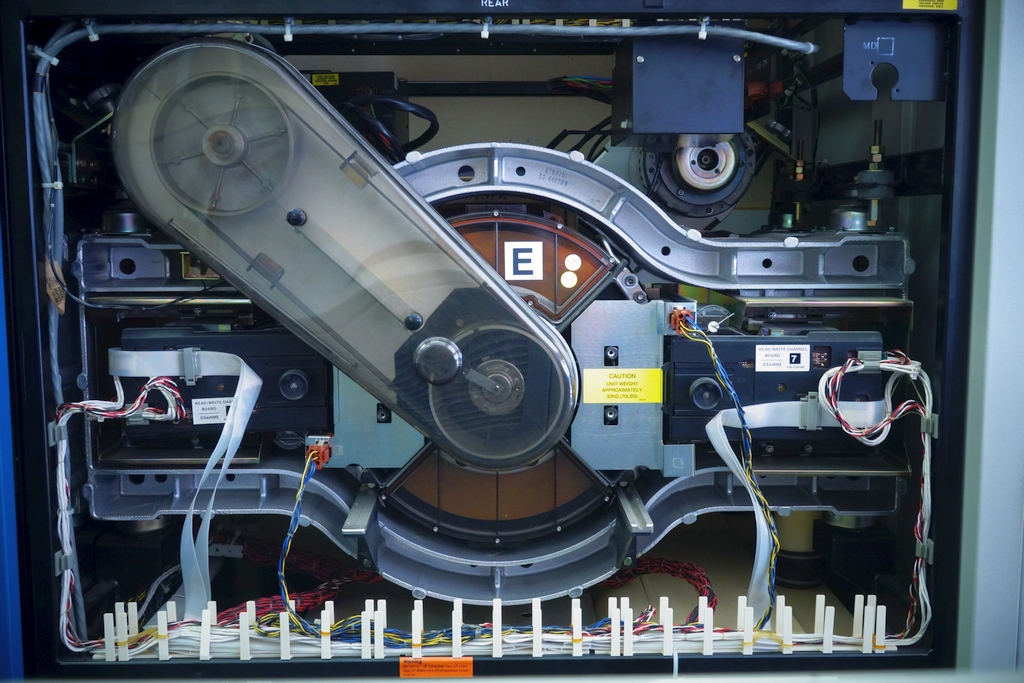